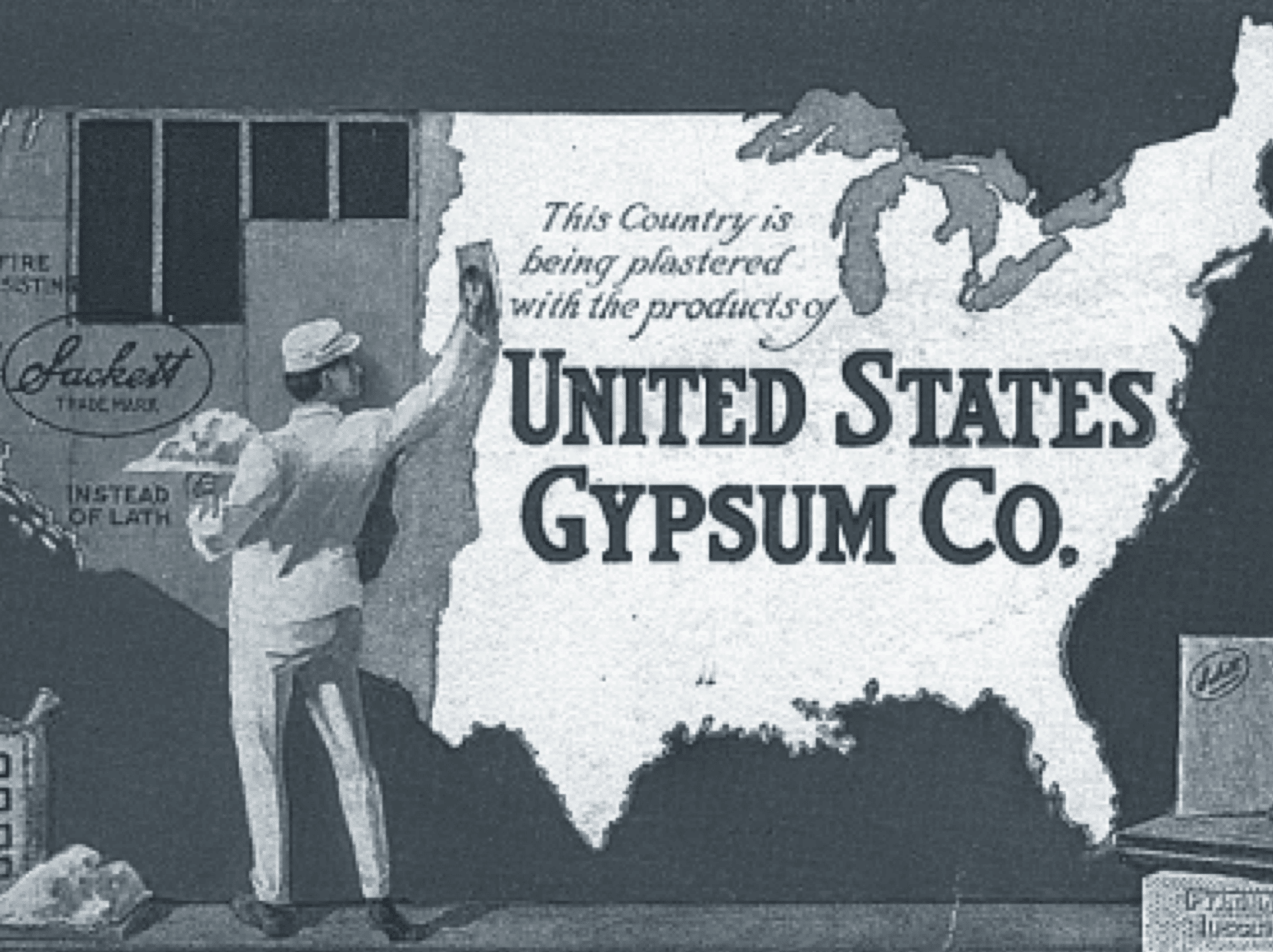 The (Surprisingly Interesting) History of Drywall

Replacing and repairing roofs, siding, and gutters every year drives a lot of interior repairs with our homeowners and commercial clients. Our drywall repair contractors are top-notch… it’s almost magical watching them return corners, walls, and ceilings to their original condition where you can’t even notice there’s been a repair.

While drywall is likely the last topic of discussion at a dinner party or back-yard-get-together, it’s an interesting topic to explore. We often hear that necessity is the mother of invention and that holds true with drywall and how it became the number one go-to product used by builders and desired by homeowners around the world today!

Drywall had a long history of struggle until its popularity began during and after World War 2. It was invented in 1916 as a dry alternative to plaster though it would be 25 years before it was widely accepted as a proper building material. Homes and buildings constructed using drywall could be completed in one/tenth of the time versus using plaster. Plaster has a long drying time and must be applied in layers after each layer thoroughly dries. This was viewed as a proper art form and highly desired.

With World War 2 and the depletion of the workforce due to the war effort, the need for a material requiring a decreased workforce arose. The material was of course drywall. Drywall could be easily transported and required fewer skilled laborers to install. Homes and businesses could be erected more quickly with fewer people. This new way of building in mass became increasingly desired as it was viewed as patriotic. More resources were poured into the war effort while being able to supply a demand for the construction of homes and businesses back home.

Before it was drywall, it was originally referred to as Sackett Board after the Sackett Plaster Company, a subsidiary company of U.S. Gypsum Company. The United States Gypsum Co., known today as USG, was created in 1901 with the merger of 30 national and regional gypsum companies. In 1984, USG Corporation was formed as a holding company — a reverse merger in which United States Gypsum Company became one of just nine operating subsidiaries.

The product was made into small, fire-resistant tiles and sold that way until large sheets were later created to speed up the laying process. Prior to the prevalent use of drywall, also commonly referred to as sheetrock, the use of plaster was the number one product for home builders and a highly desired product by homeowners. When drywall became available, homeowners rebuffed it for lack of quality and craftsmanship. Drywall was considered cheap and the people of the early 1900s did not want to live in homes considered as such.

The original product we call drywall today was Gypsum Board. The word gypsum is derived from the original Latin term gypsos, meaning plaster. A form of dry plasterboard was called gypsum. This was so named for the product of Gypsum used in its creation and manufacturing process. Gypsum is a natural product that resembles a form of sand and is found in large beds.

Natural Gypsum ranges in color from yellow and pink to gray, depending on the impurities in the gypsum. New Mexico is home to one of the largest gypsum beds known today and is located in White Sands National Monument in New Mexico. The largest and most leading manufacturer of drywall or gypsum board is still The U.S. Gypsum Company with net sales all over the world totaling billions of dollars.

How to Properly Clean Your Roof

How To Remove Debris From Your

Don’t Hire That Handyman For Your

What is a Roof Inspection and